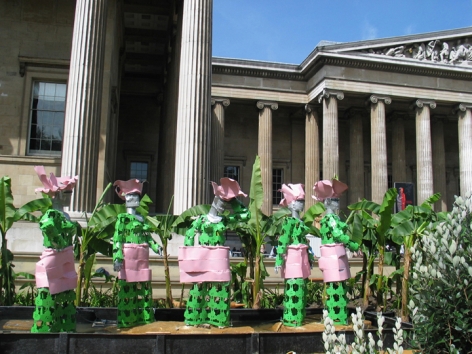 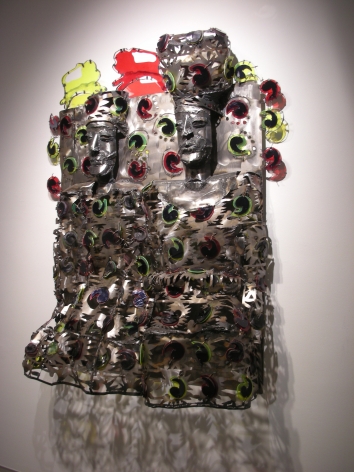 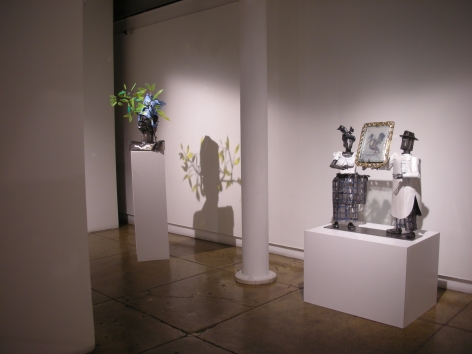 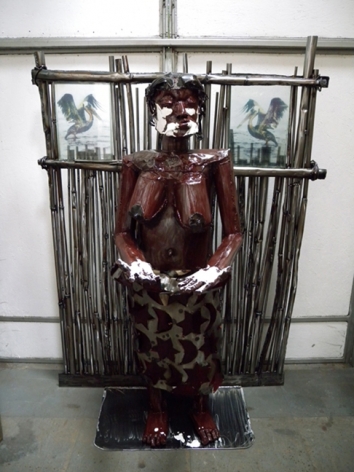 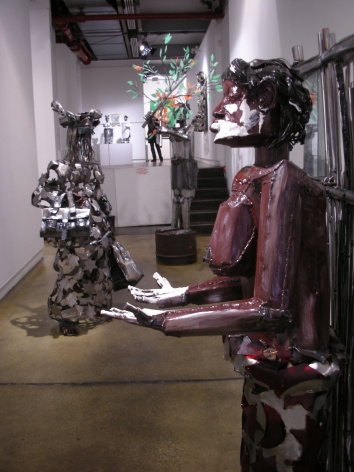 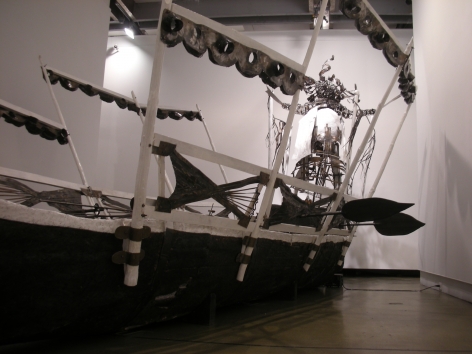 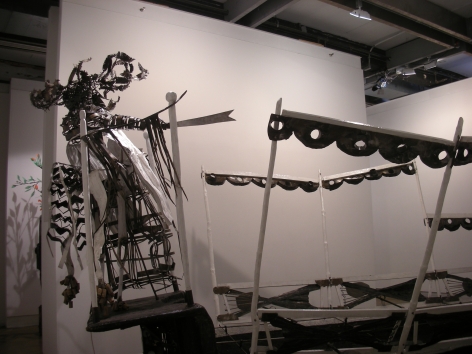 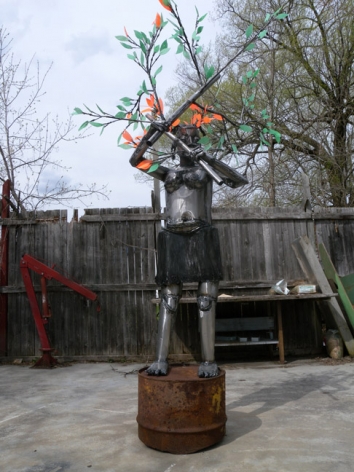 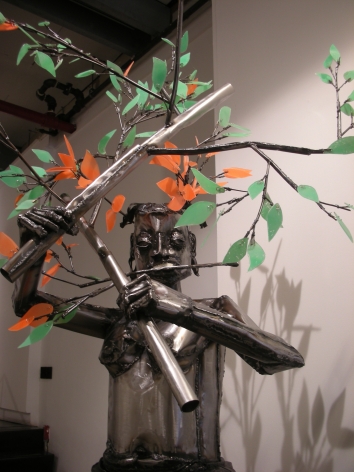 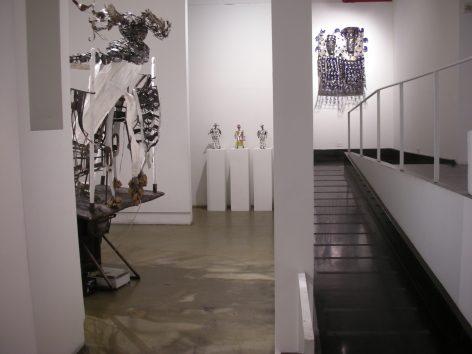 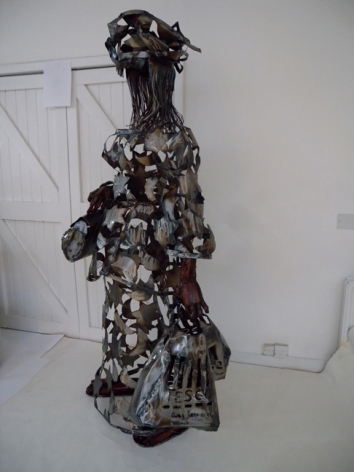 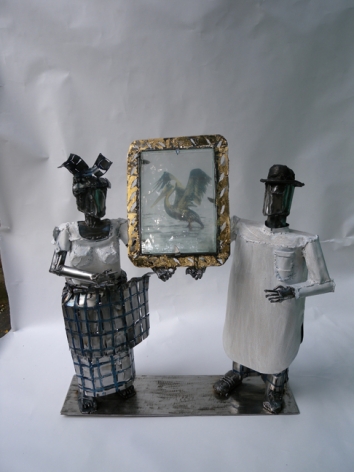 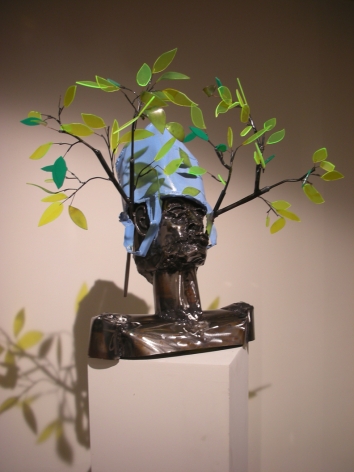 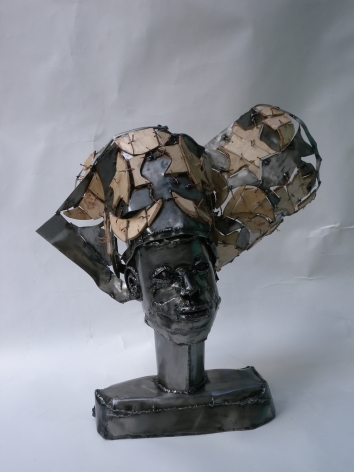 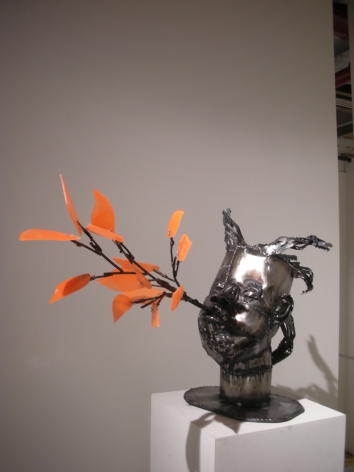 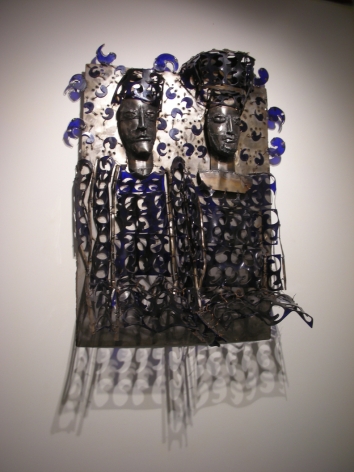 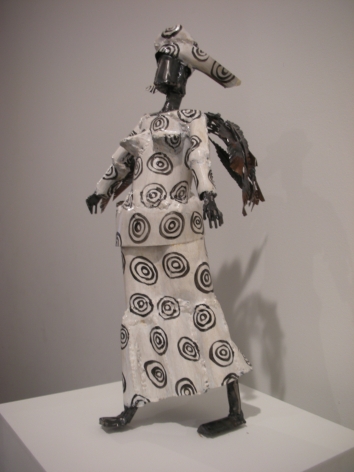 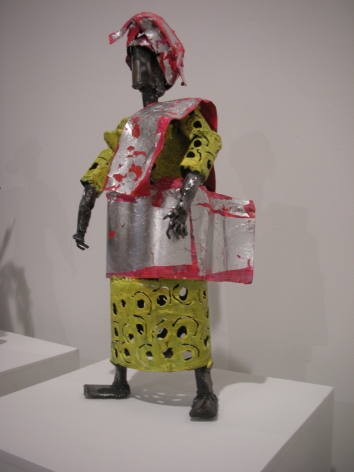 STUX Gallery, New York, with Independent Curator/Scholar Kunbi Oni, a specialist in Contemporary African Art who has taught in New York, lectured in London and at the MoMA on Contemporary African Art, is pleased to present an exhibition of sculptures by Sokari Douglas Camp. Sokari is a prominent sculptor whose work, NO-O-WAR-R NO-O- WAR-R, was short-listed for London’s Trafalgar Square Fourth Plinth in 2003. Sokari’s current major public commission, All the World is Now Richer, for Burgess Park, London is to mark the bicentenary of the abolition of the slave trade.

Sokari Douglas Camp works in steel to create sculptures that tell very personal stories. In her hands, the hard steel takes surprising forms that inspire, challenge and beguile both the heart and the mind. Sokari’s birthplace, Buguma, is in the Niger Delta on the southeastern coast of Nigeria, where today foreign oil companies drill for most of the country's petroleum exports, thereby causing a fractious relationship between the local population of the region and the oil companies. Buguma is also the cultural capital of the Kalabari, Sokari's ethnicity – a people known for their traditions of masquerade/performances led by troupes of young men in masks and costumes that represent the mythological beings known locally as water spirits.

Filtered through this African background, an international education and a cosmopolitan life, Sokari Douglas Camp's objects embody narratives of the socio-political (such as Living Memorial, 2006), social (Plastic Bag Series, 2009), philosophical/existential (Teasing Suicide, 2004), psychological (Freud - White Sacrifice, 1998), and mythical (Alali Aru, 1986) to the more current political ones, such as Relative (2010), Birds Extinct Birds (2010) and Underskirt Protest (2010). From life size sculptures of six feet tall and much larger to intimate works of just 20 inches high, they all captivate and convince of a world that is far away and so close at the same time.