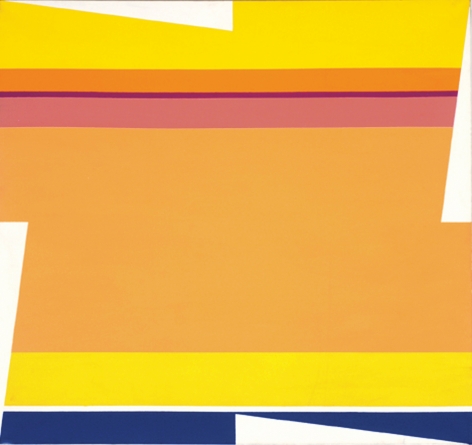 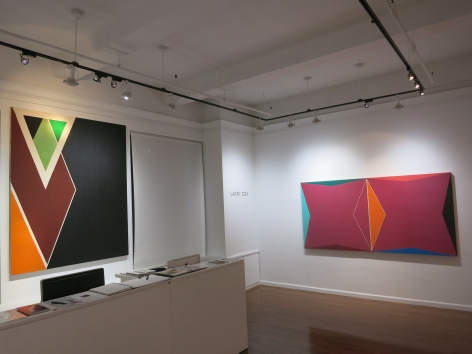 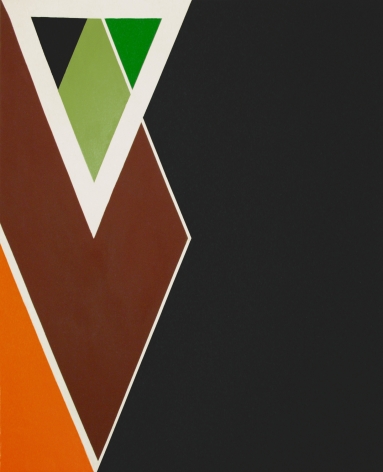 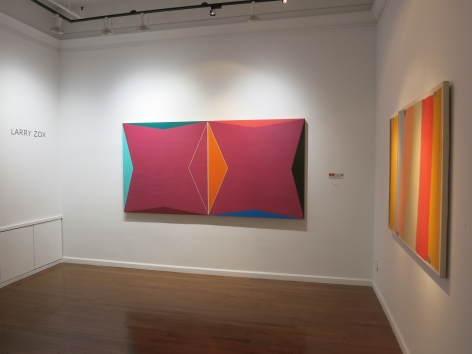 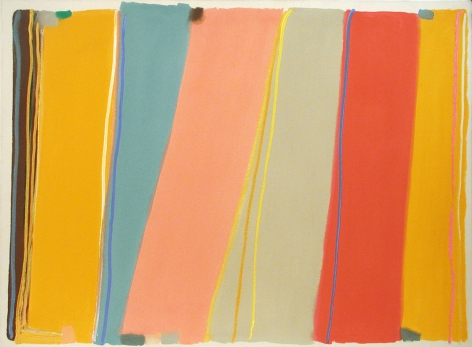 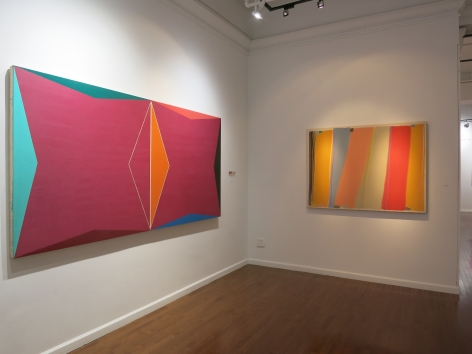 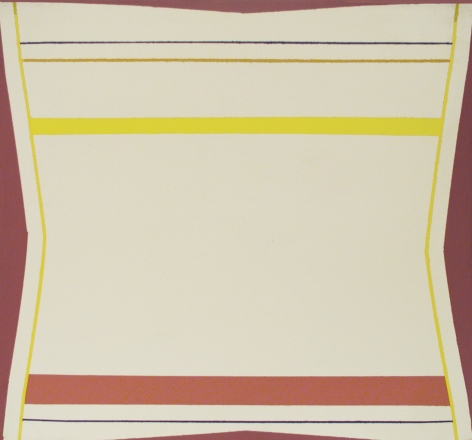 STUX + HALLER is proud to present an intimate exhibition of important paintings by the late preeminent artist Larry Zox (1937-2006). Larry Zox: Master of Color and Form includes iconic paintings from the 60's and 70's to select lyrical abstractions from his later works. The exhibition opens November 4th and runs through December 19th.
Larry Zox, a distinctly American artist, was born in the heartland - Des Moines, Iowa. He started his studies there at the prestigious Des Moines Art Center under George Grocz. When he arrived in New York as a young man, Zox quickly emerged as a talented master of painting and a gifted colorist. Those were the heady days of the 60’s and 70’s, when artists from across the arts jostled one another in the bawdy, boozy, smoky atmosphere of famed artist hangouts such as MAX’S KANSAS CITY, where a Larry Zox painting hung over the bar.
Zox distinguished himself among artists who sought to analyze painting as a thing in itself and to experiment with the reductive purity of color, line, and form. A Rotation Series painting of Zox's, similar to his Orange Time in TATE's collection, helped illustrate Barbara Rose's seminal essay ABC Art published in Art in America 50 years ago this month. She quotes Zox in the piece as saying: "Being contrary is the only way I can get at anything...making myself clear is important."
In its heyday, Zox’s studio on 20th Street was known as a colorful gathering place for artists, jazz musicians, bikers and boxers. His love of jazz may have influenced his work. Critic Peter Schjeldahl wrote of Zox’s early paintings in the New York Times “the result of such lavish, daring execution, within straightened circumstances, is a feeling of improvisation and fortuitous balance something like that of jazz. Maybe Mondrian, in attempting “Broadway Boogie-Woogie,” was dreaming of Zox.”
In 2005, the exhibition Larry Zox: Five Decades at Stephen Haller Gallery returned Zox’s name to prominence. New York Times art critic Grace Glueck hailed the exhibition as “a welcome return for Mr. Zox.” Art in America’s Edward Leffingwell wrote of his early work in the show: “Zox’s geometric abstractions of the 1960’s are as probing and engaging today as they ever were.” Of his 2006 exhibition New York Sun critic John Goodrich wrote: “the painting brims with arguments about symmetry and its violations." There is a sense of energy, freshness, vitality in the work that is palpable. Distinguished art critic Peter Schjeldahl characterized this quality as Zox’s “exuberant sensibility.”