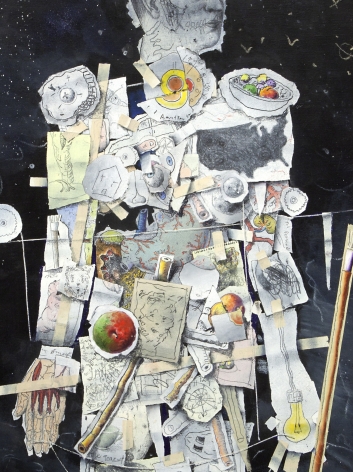 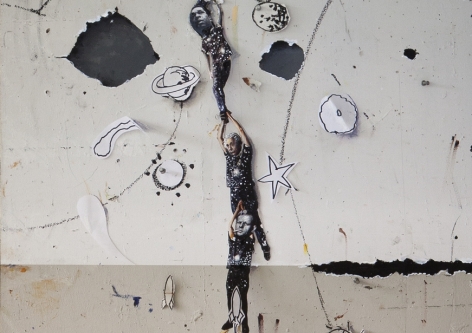 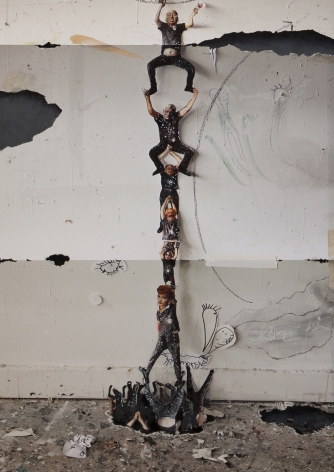 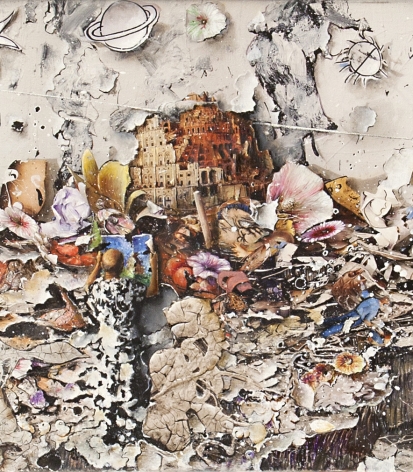 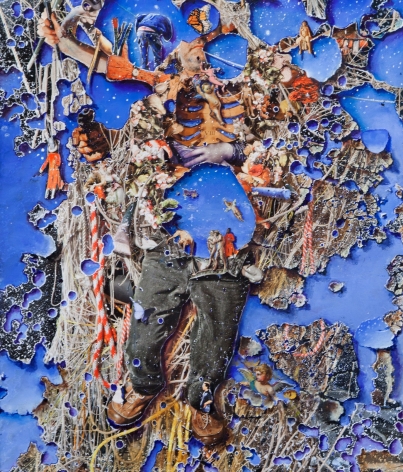 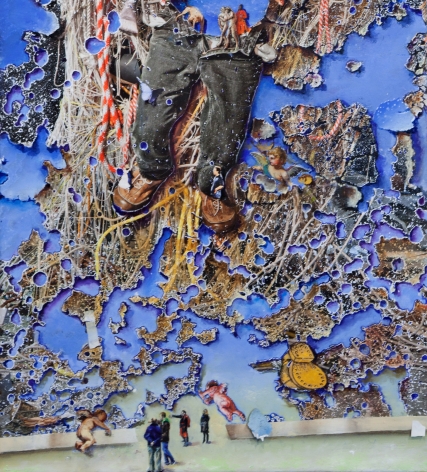 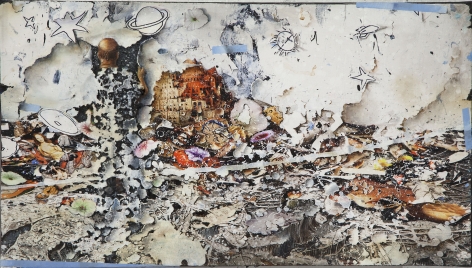 Bergstein’s primarily oil paintings exist in the boundary space between making and unmaking; one is consistently unsure of the direction of his motions/emotions. Bergstein creates highly detailed maximalist constructions whose physical locations are only minimally implied. At close range, his works pull viewers into a whirlwind of art historical and cultural references, leaping from Masaccio to Matisse to Guston to Mr. Rogers. As one distances oneself from the work, an energetic harmony consumes; the experience is reminiscent of a panoramic view of an ancient metropolis. At this farther range, the hues of the details neutralize; the abstract expressionist drips converge with the rest of narrative time, and all becomes united in a single plane.

Since 1981, Bergstein has had a great many solo exhibitions of his paintings in New York City, the Greater Boston area, and elsewhere. Bergsteinʼs work resides in many internationally renowned collections including that of The Museum of Fine Arts, Boston, The DeCordova Museum and Sculpture Park, The Addison Gallery of American Art, The Massachusetts Institute of Technology (MIT), The Rose Art Museum at Brandeis University, and the Davis Museum at Wellesley College. He is the recipient of an Artadia Grant, a career achievement award from the St. Botolph Club, and a residency at the Liguria Study Center in Genoa, Italy. He has been reviewed in numerous major publications, including Artforum, Art in America, and ARTnews. Bergstein is Professor Emeritus of Painting at his Alma Mater, The School of the Museum of Fine Arts, having taught undergraduate students since 1982 and MFA candidates since 1990.