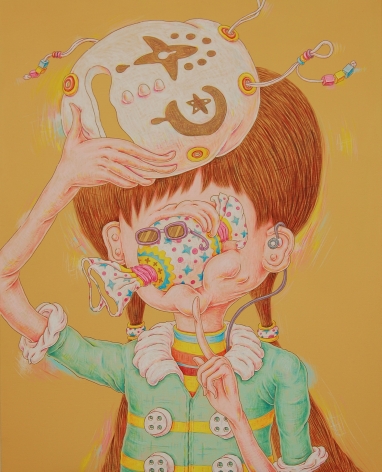 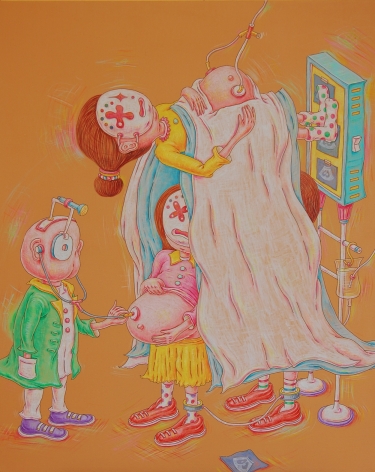 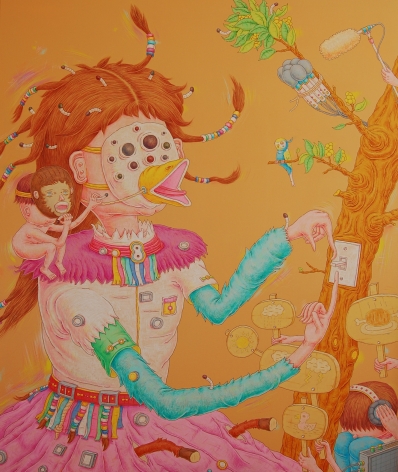 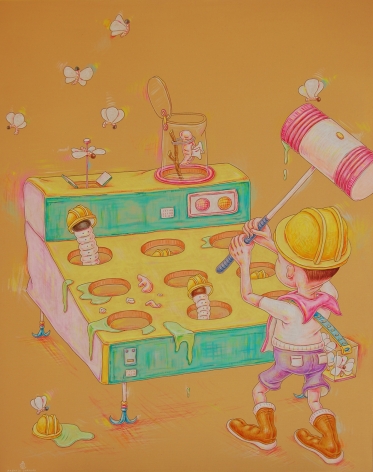 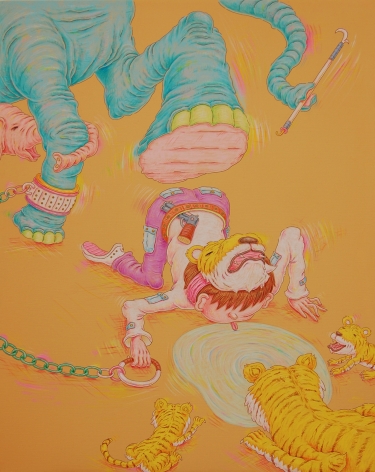 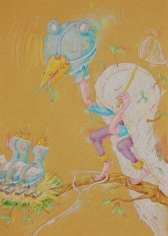 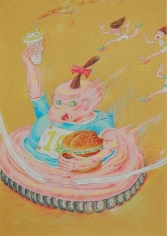 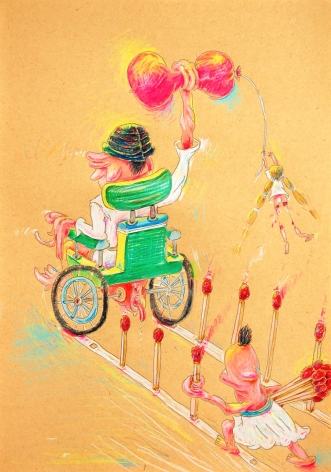 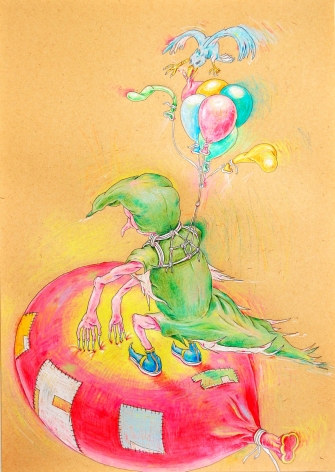 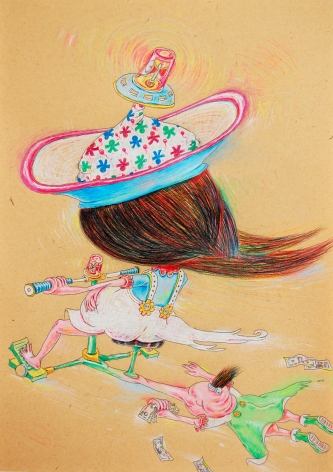 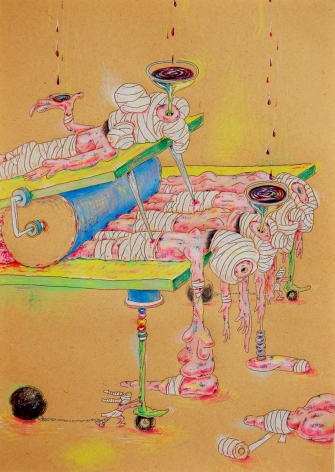 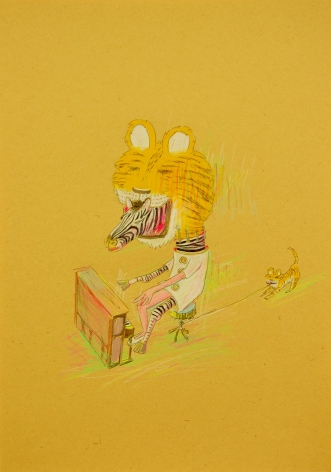 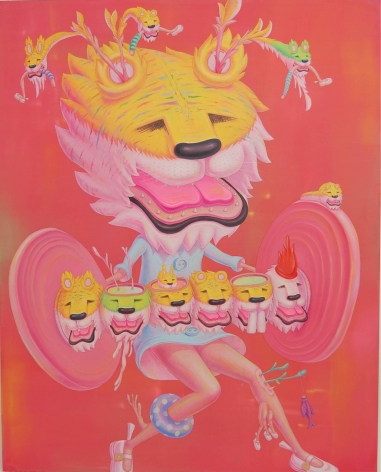 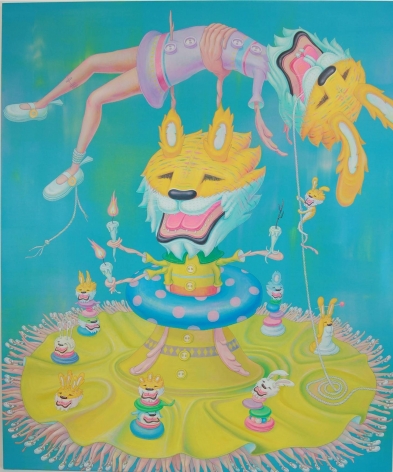 Akikazu was orphaned at a young age, and raised by his grandmother in a house just one kilometer away from the Atomic Bomb Dome. The images and artifacts of the Bomb affected him greatly during his childhood. The main thrust for his artwork is a general deep-seated sense of wickedness that he believes to exist in every human psyche.

Akikazu cites Maurice Utrillo, an early 20th century painter of emotionally charged Parisian landscapes, as one of his notable inspirations. His works are also influenced by the ethereal colors he witnessed during a trip to Nepal, as well as the works of American painter Aaron Johnson and Canadian Marcel Dzama. His visions take place in a comprehensive atmosphere free from the restrictions of reality, where violently mutated creatures, detached body parts, and nondescript organic forms are rendered masterfully, revealing an inherent connection between violence and innocence.

His vast portfolio of drawings further showcases his powerful imagination, and sheds light on his enigmatic compositional processes. Delicately rendered with pastels and colored pencils, these images offer spontaneous, experimental, stand-alone frames that, in their totality, form a panorama of his mental kingdom. They often emanate a sense of mystery that supplements the excitement and energy of his canvases. Their sketchbook-like quality inserts a reporter’s notebook kind of sensibility that makes these jarring, candid scenes from his psychological landscape simultaneously personable and haunting.

Akikazu Iwamoto earned a degree in graphic design from Tohoku College of Arts and Design in Japan, receiving several awards for his design work before turning to painting. His work has been featured prominently in his home country of Japan as well as internationally and in the U.S.